This project was completed in September of 2019. A link to the news story on the ribbon-cutting ceremony is available here. 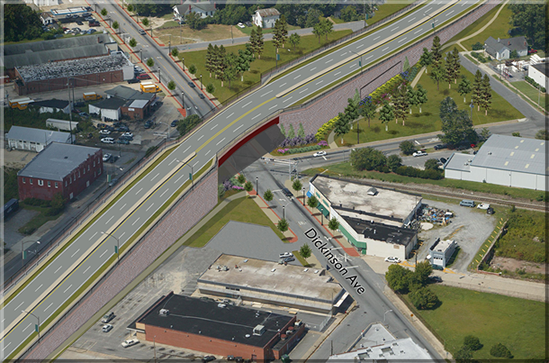 Click here to view the Public Hearing Map for the East Half of the Tenth Street Connector Project.

Click here to view the Public Hearing Map for the West Half of the Tenth Street Connector Project.

Click here to view the final Right of Way Plans

At the present time, approximately 3,700 people live in the study area. Growth is expected to continue in upcoming years, as follows:

The following six objectives for the project are outlined below:

The Tenth Street Connector project is intended to improve the study area in a variety of ways to accomplish its objectives. The process of study and design and the team carrying it out are described below.

A critical piece of this project will be the separation of the CSX Railroad and Tenth Street so citizens traveling along Tenth Street can continue without being stopped by a train. The study will evaluate the advantages and disadvantages of Tenth Street going over or under the railroad.

There are a variety of alignment options being considered for the Tenth Street Connector. Visit the public participation page to read about them in the newsletters or in the January 2008 slideshow presentation.

The study and design phase of the project includes data collection, public involvement, a Community Impact Assessment, an Environmental Assessment, and design. Data to be collected includes socioeconomic, historic, and community data, as well as information on physical elements such as railroads, streets, and utilities. The study and design process for this project is anticipated to take 3-4 years. Construction will start no earlier than 2012, but it will begin soon thereafter assuming no unexpected delays are encountered. To view the timeline of project progression, visit the project history page. 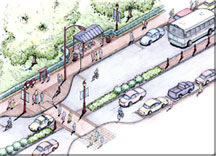