Months of studying and training that began in the fall of 2020 paid off for the latest group of Fire/Rescue cadets last month when Fire Academy 14 was officially welcomed to the department. 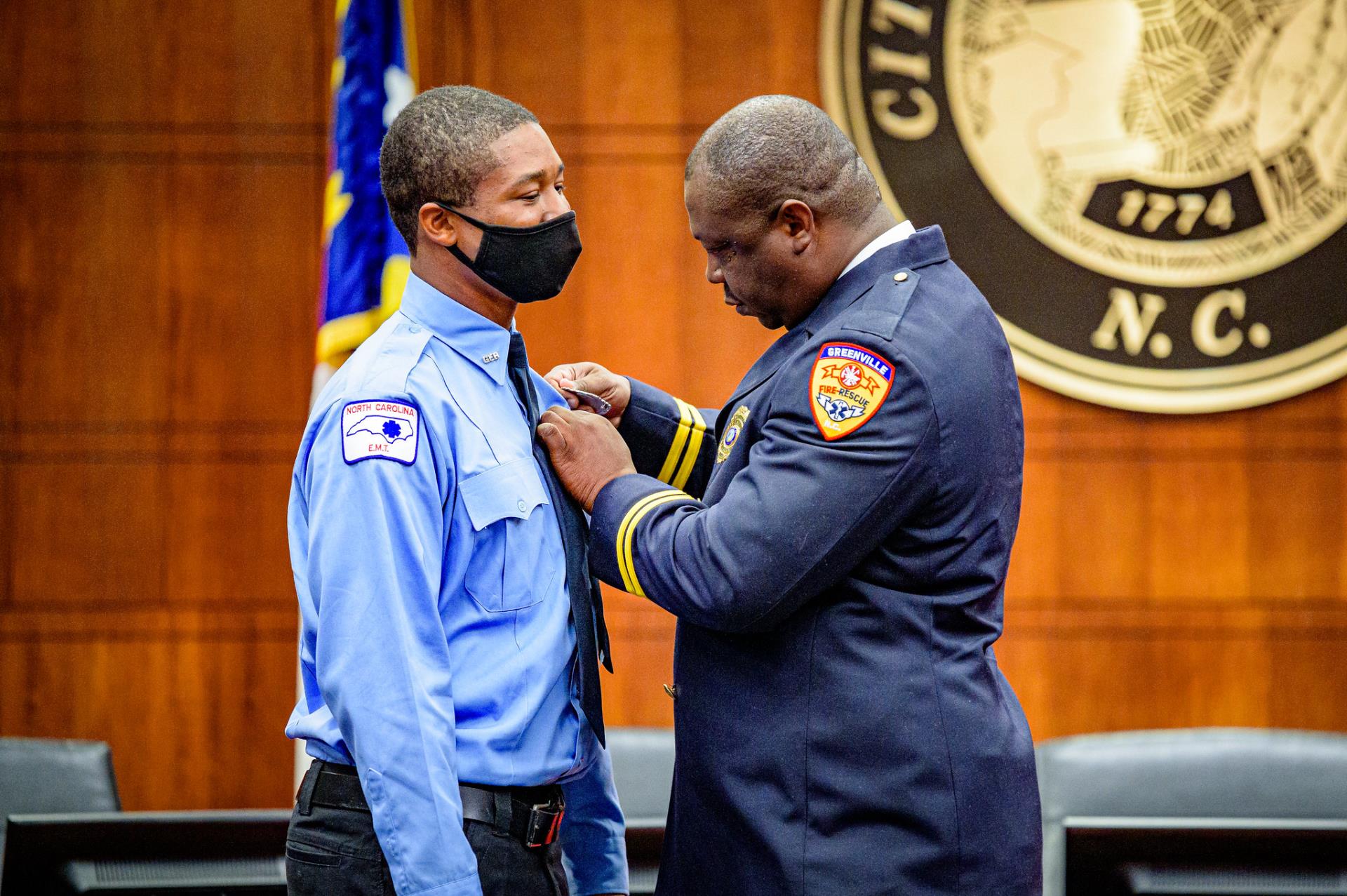 A commencement was held on July 21 in the Council Chambers of City Hall for the 16 new cadets, who received their pins from friends and family in attendance. There group joins one of the most unique departments in the state with all members being certified as both firefighters and emergency medical technicians.

“It has been a long road for us to reach this point,” Cadet Danielle Perry said. “We were challenged both physically and mentally, but we did it.”

“You have endured so much, and that is not to mention the challenges you will continue to endure,” Griffin told the group. 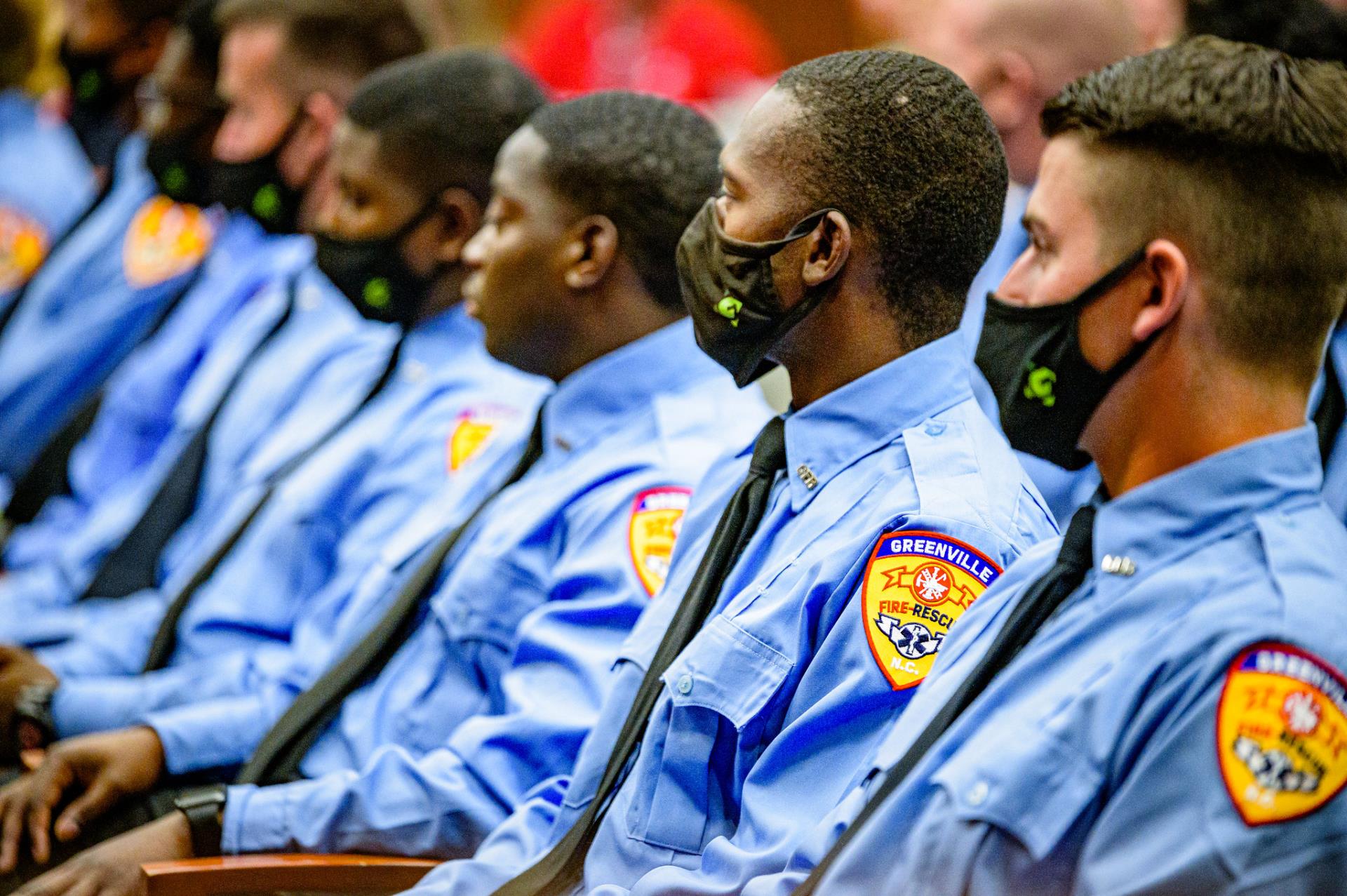 “This academy could not have done this without the many hands that played a part,” Perry said. “We have reached the finish line. The training wheels are off, and so is the training title.”

Fire/Rescue will begin training for Fire Academy 15 this fall.