Information about the State's COVID-19 Safer at Home Order, including interim guidance for Halloween activities, and the Order's impact to City programs and services is available here. For information from the Pitt County Health Department, click here. 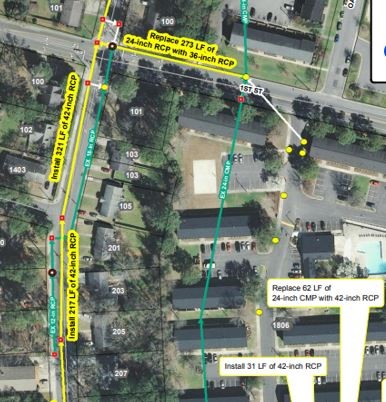 There will be a public input session held via Zoom about this project at 6:00 p.m. on Thursday, October 15, 2020.  To access that meeting, click the following link: https://zoom.us/j/91320484814?pwd=QjNsUmhITzZMMkNtaVRRUVdBbjdJUT09

The Elm Street Storm Drainage Improvement Project will address flooding issues caused by outdated and undersized drainage infrastructure along Elm Street and some of its surrounding streets.

Models indicate that the majority of the system operates at or below a 2-year level of service, which is consistent with the reports of roadway flooding by citizens and City staff. Current City standards for new drainage systems require they operate at a 10-year level of service.

In addition, parts of the system are failing and have been repaired numerous times by the Public Works Department. 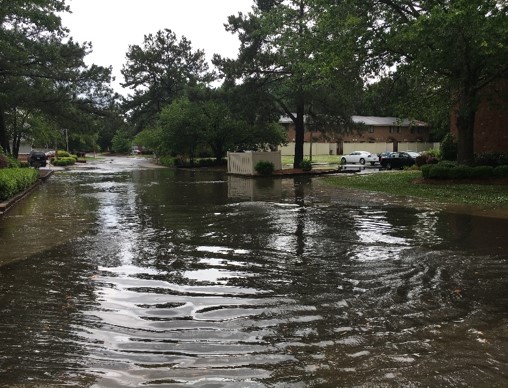 Proposed improvements will provide a 10-year level of service, and are estimated to install or replace more than 9,000 linear feet of pipe, along with 20 catch basins and/or drop inlets.

Interested parties who have questions or comments about the presentation above can submit them until October 16 via email to ElmStStormDrain@greenvillenc.gov, or via mail to: City of Greenville Engineering Department, 1500 Beatty Street, Greenville NC 27858.