The four greenway and sidewalk projects included in the BUILD Project are proposed to improve pedestrian and bicycle access and connectivity between employment hubs, public recreational and educational sites, healthcare facilities, downtown, the East Carolina University campuses, and the 10th Street Connector. 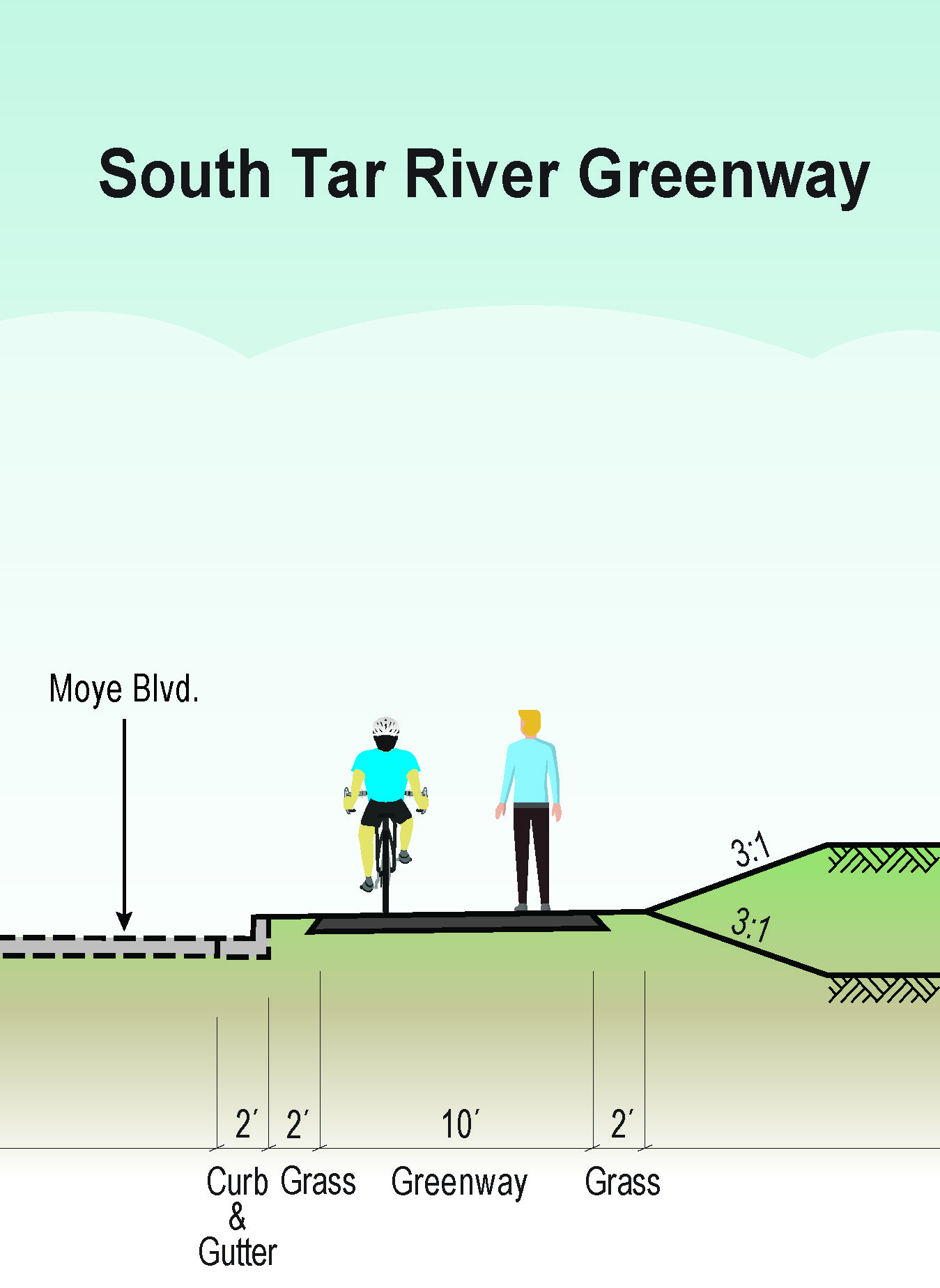 Phase 3B would complete an off-street parallel pedestrian and bicycle facility to 5th Street. The facility is proposed to be a 10-foot wide asphalt multi-use path to match previous sections of the South Tar River Greenway. Updates to the design include the addition of high-visibility crosswalks at the Moye Boulevard and West 5th Street intersection, and minor shifts to the proposed alignment along Moye Boulevard to avoid conflicts with existing utilities.

The purpose of this project is to improve pedestrian and bicycle access between employment hubs, several public recreational and educational sites, and health care. In addition, the connectivity to the existing Greenville Area Transit bus stops will improve access to transit. 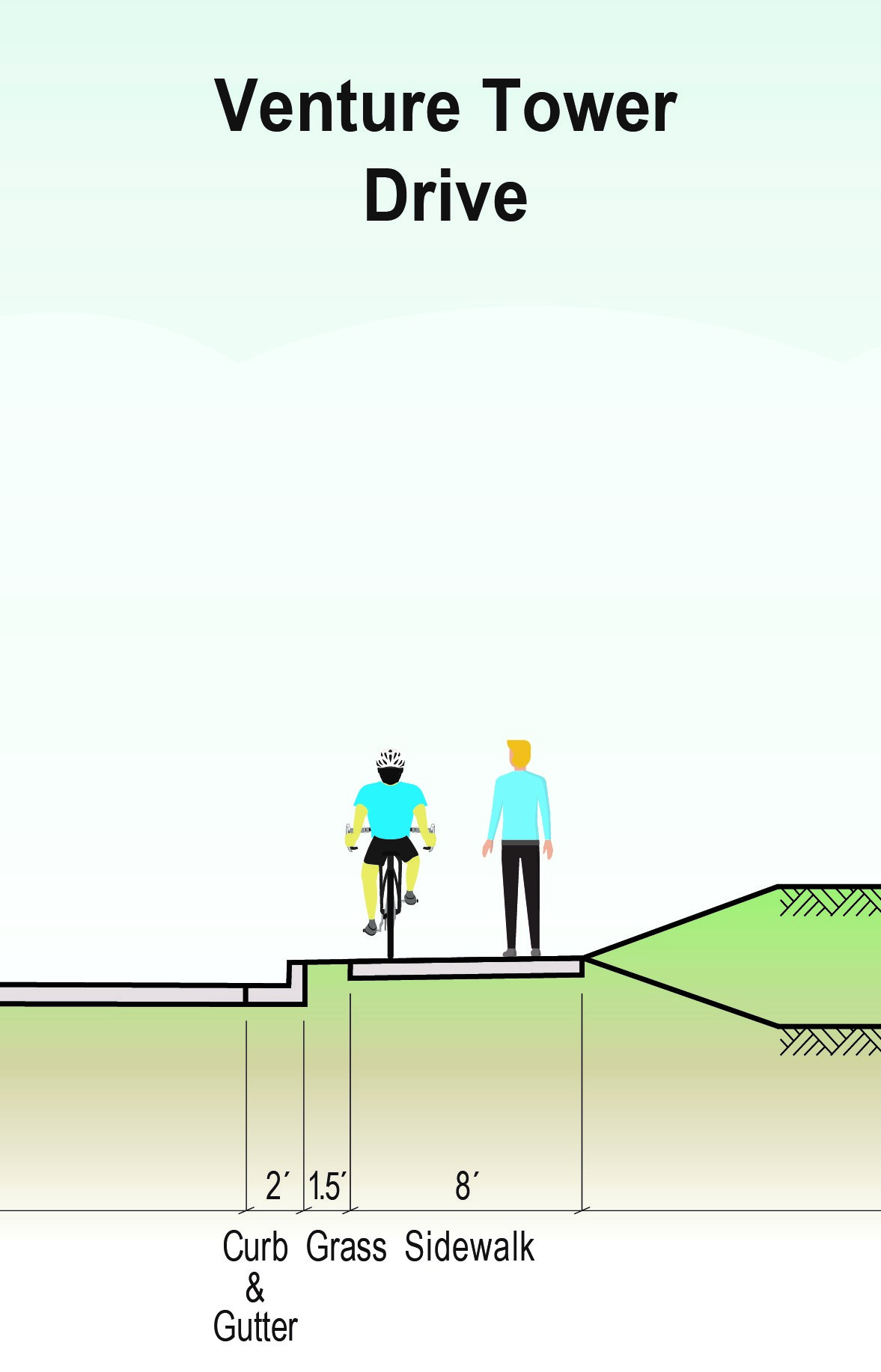 The purpose of this project is to improve pedestrian and bicycle connectivity by providing access from West 5th Street and Stantonsburg Road to Greenville’s Medical District, and to also providea safer and more direct connection to the 10th Street Connector, a major east-west connector through southern Greenville into downtown Greenville. 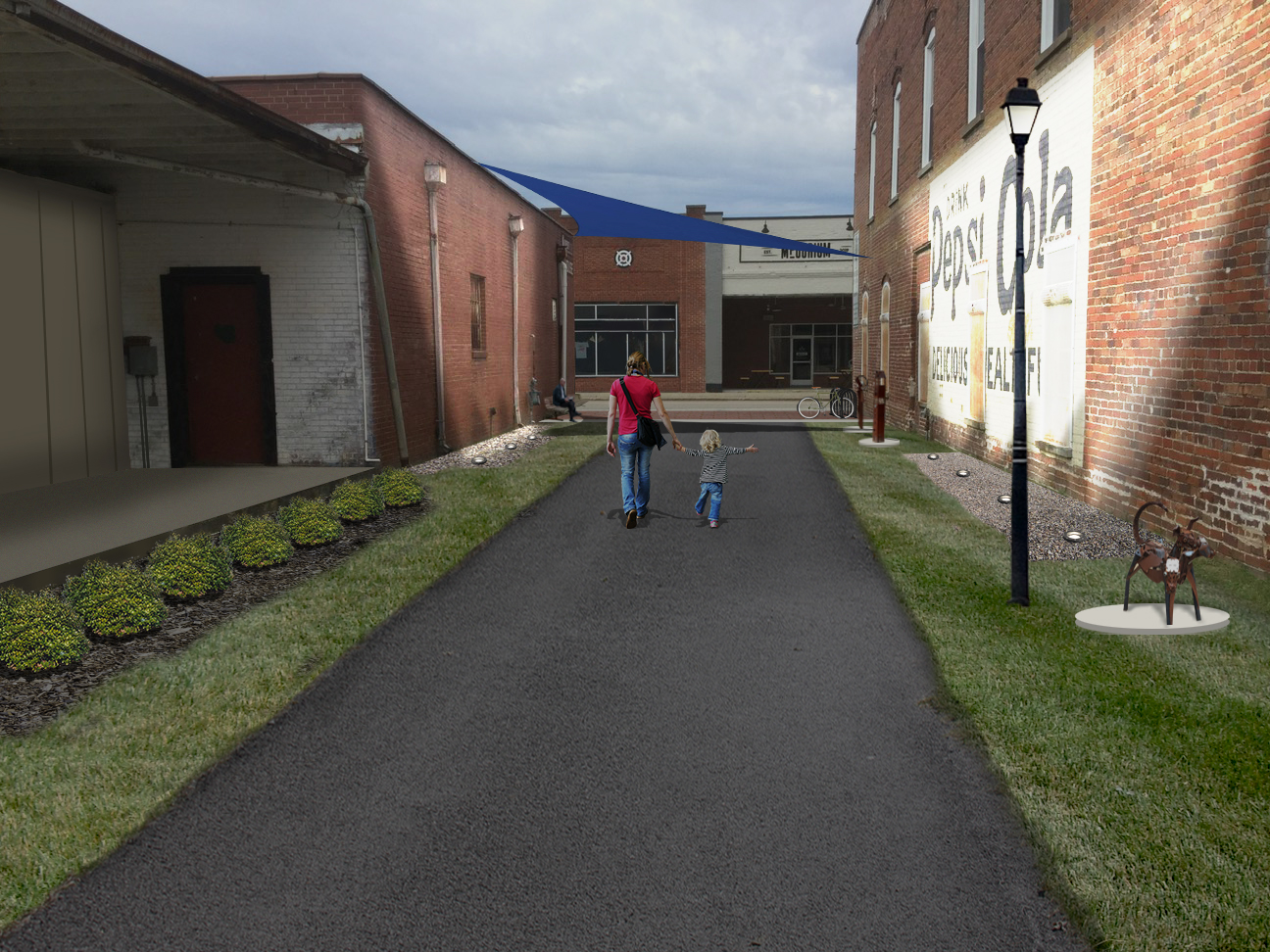 The Millennial Connector project proposes approximately 0.3 miles of new 10-foot wide paved greenway in the Tobacco Warehouse District of downtown Greenville. The greenway is proposed along the existing Norfolk Southern Railroad Company (NSRC) railway from Dickinson Avenue to West 10th Street near the East Carolina University Millennial Campus. It would also include a second connecting corridor that follows the existing NSRC rail spur to Ficklen Street. A high-visibility pedestrian crossing is proposed at 9th Street. Currently, the railroad is lined with mural art and sculptures. 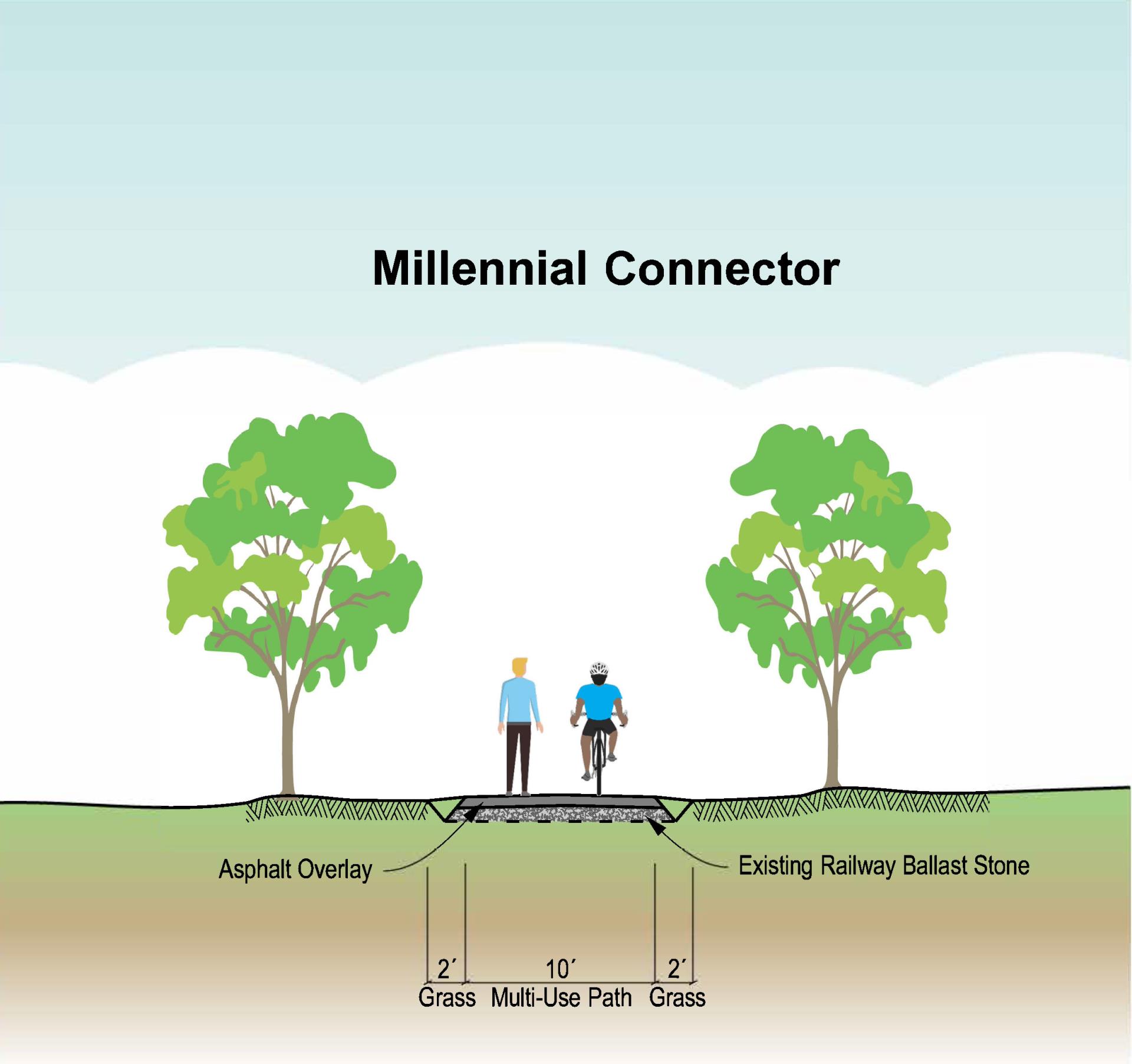 Some of the existing sculptures will be relocated to the grass areas along the greenway. Some revisions to the design were necessary to reduce costs. First, the crosswalk on 9th Street was revised from a brick crosswalk to a high-visibility crosswalk. Additionally, some of the landscape elements including the shade sail, benches, and bike racks were removed at the plaza on Dickinson Avenue. The plaza itself was also changed from a brick surface to scored concrete. Other aesthetic elements, including pedestrian lighting, landscaping, and public art that fit the characteristics of the surrounding area, are still being considered along the Millennial Connector corridor. 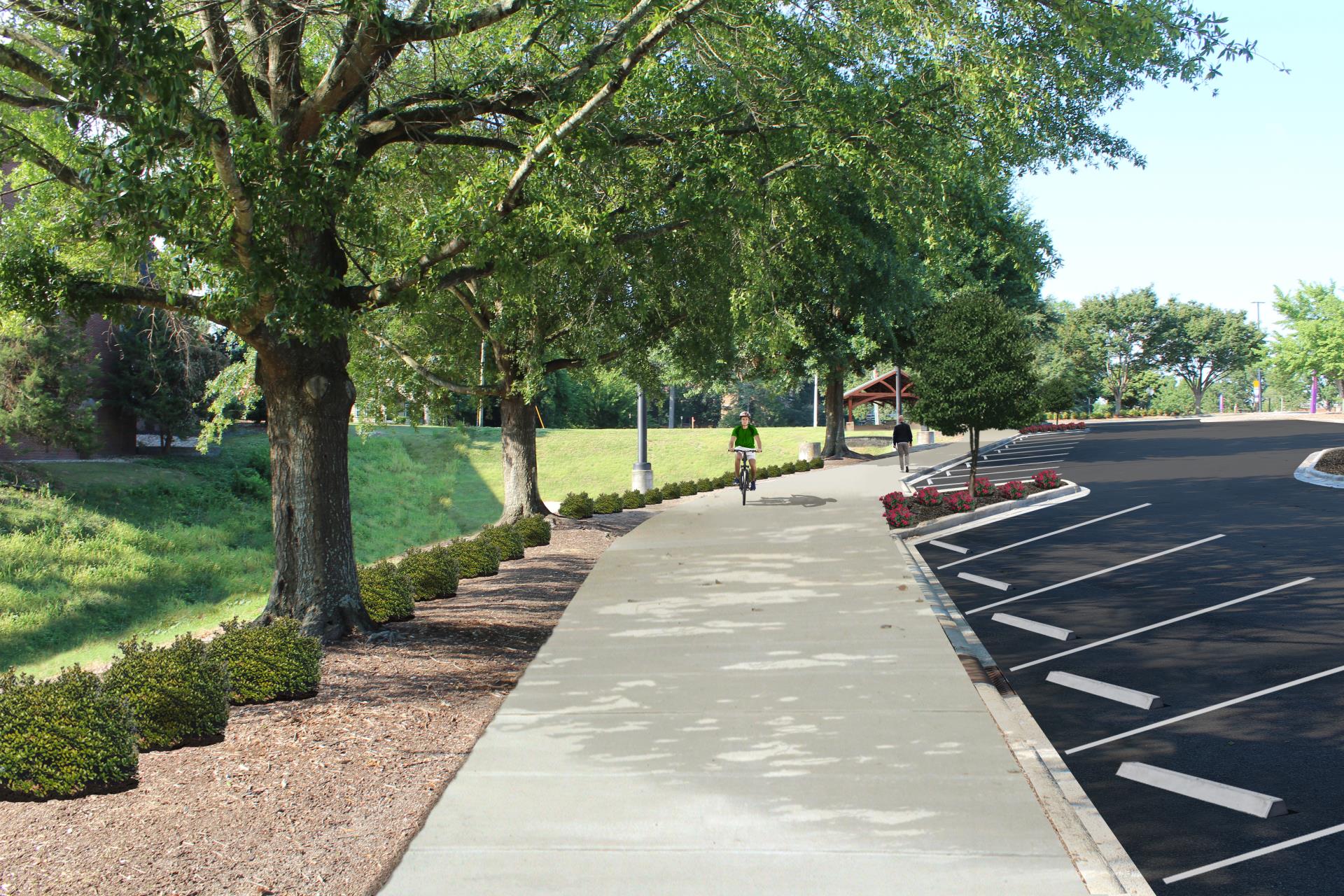 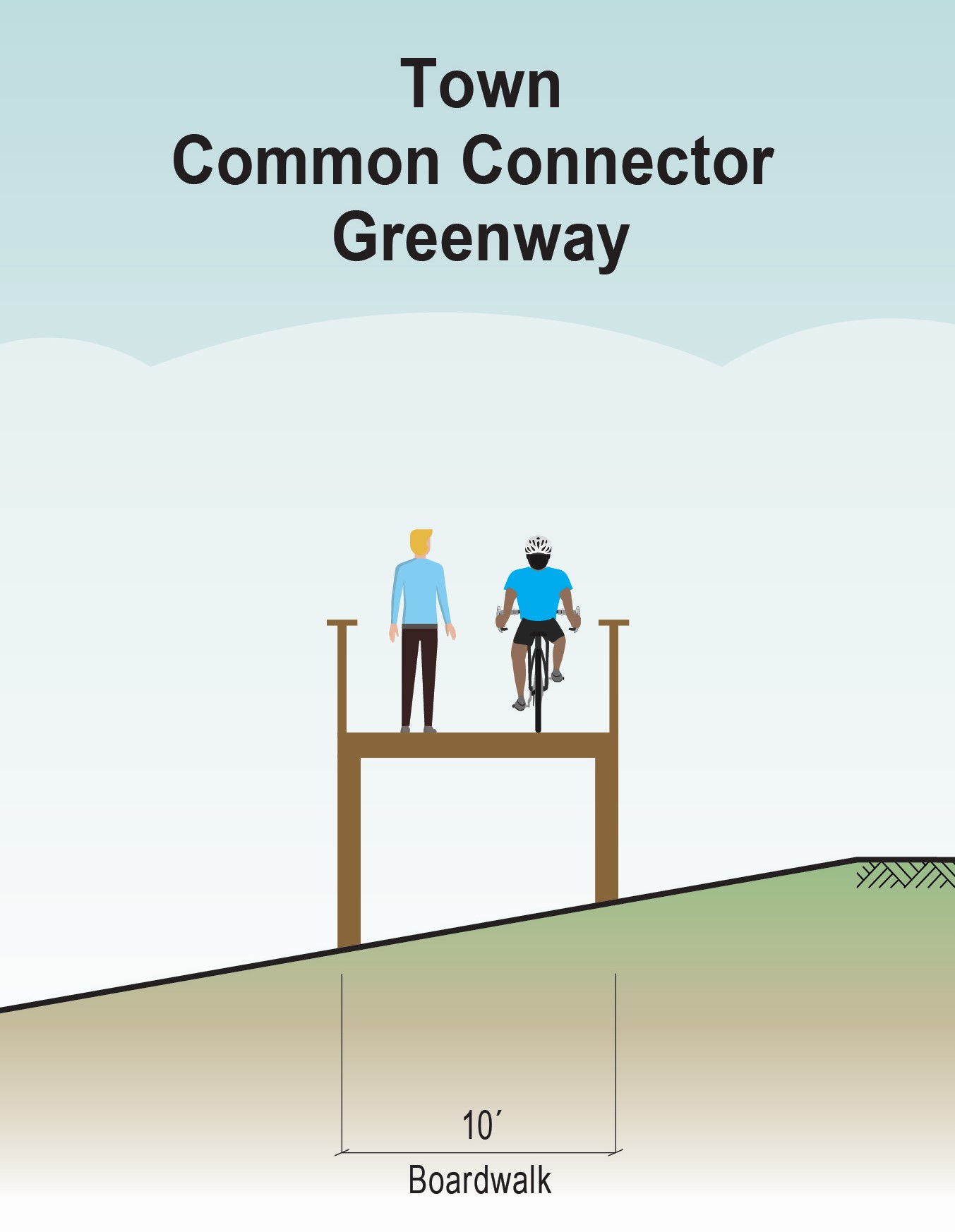 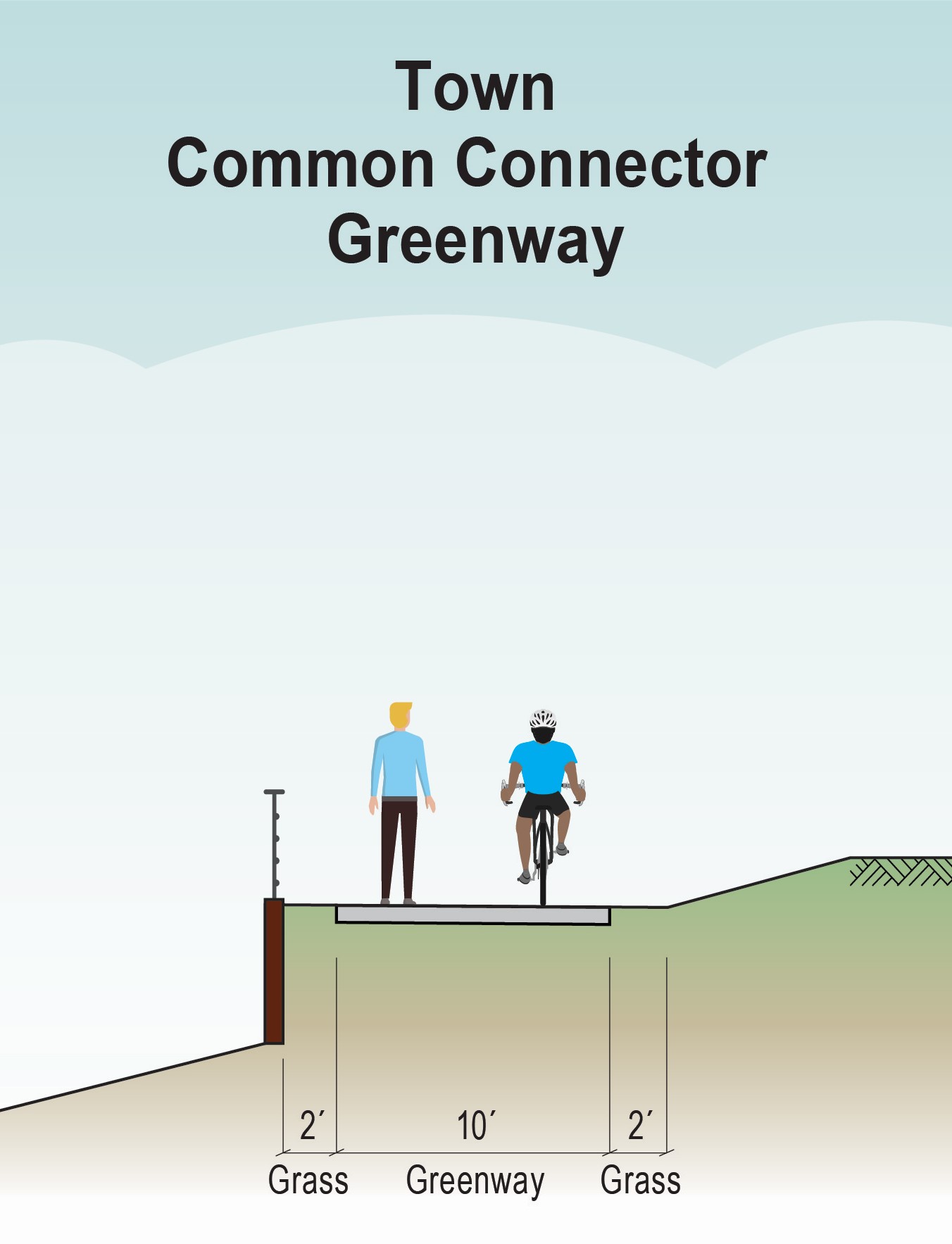 Some segments of the greenway will be constructed as timber boardwalk near the existing Town Creek. The existing sidewalk will be widened or replaced to the full 10-foot width as needed. Due to the steep slopes in the area, some short retaining walls will be needed as well. Improvements also include safer pedestrian crossings at 1st, 3rd, and 4th Streets. A pavilion is also being considered along this corridor. The trail has been designed to avoid impacts to existing trees and landscape elements where possible.

We Want Your Feedback!

Please be sure to complete this comment form to provide your feedback on the preliminary designs: tinyurl.com/GreenvilleAprilFeedback.

The City would like your comments by Thursday, May 13, 2021. Please email us at GreenvilleBUILDprojects@gmail.com or call 252-329-4821 if you have any questions regarding the projects.