City offices are currently open on Monday, Wednesday, and Friday from 9 a.m. to noon and on Tuesday and Thursday from 1 p.m. to 5 p.m. Click here for the latest COVID-19 information.

GREENVILLE, N.C. — Future generations who visit the Town Common in Greenville will now be able to learn more about the families, neighborhood, businesses, and church that once occupied the riverfront site by strolling through the park's newest feature. 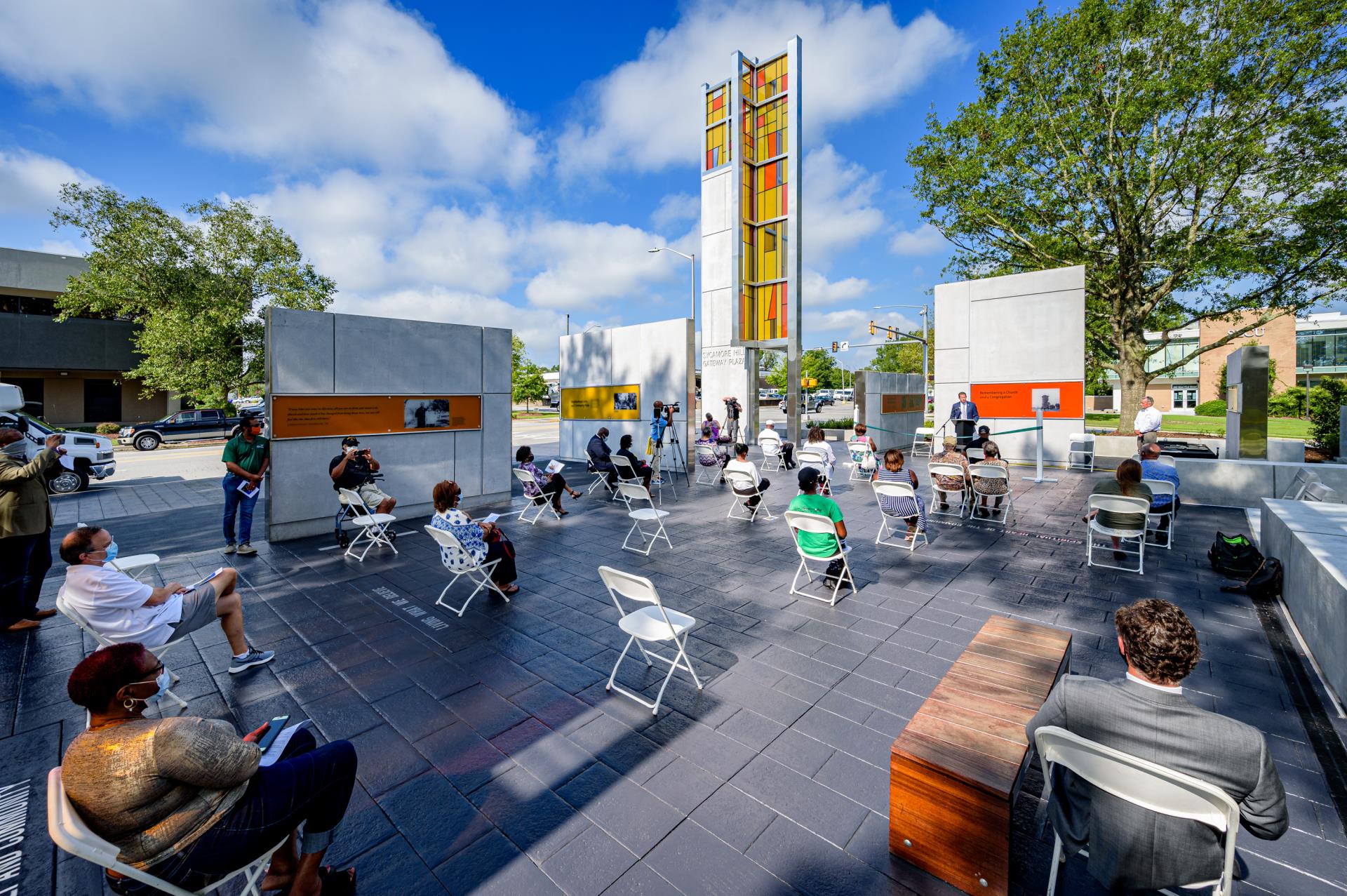 "People and their memories are subject to fade away," City of Greenville Council member Monica Daniels, a former resident of the neighborhood, said. "But a project like this puts those memories into photos and descriptions that will help all of us know the history for years to come."

The project was constructed by the Berry Building Group at a cost of $1.9 million. It took just more than a year to complete.

"For years to come, residents and visitors now have the opportunity to stroll through this gateway plaza and learn about the families and businesses that once thrived here and the influence that the Sycamore Hill Missionary Baptist Church had on the community," Greenville Mayor P.J. Connelly said. "This was once a community hub. Today, I think we have taken steps toward making it that way again." 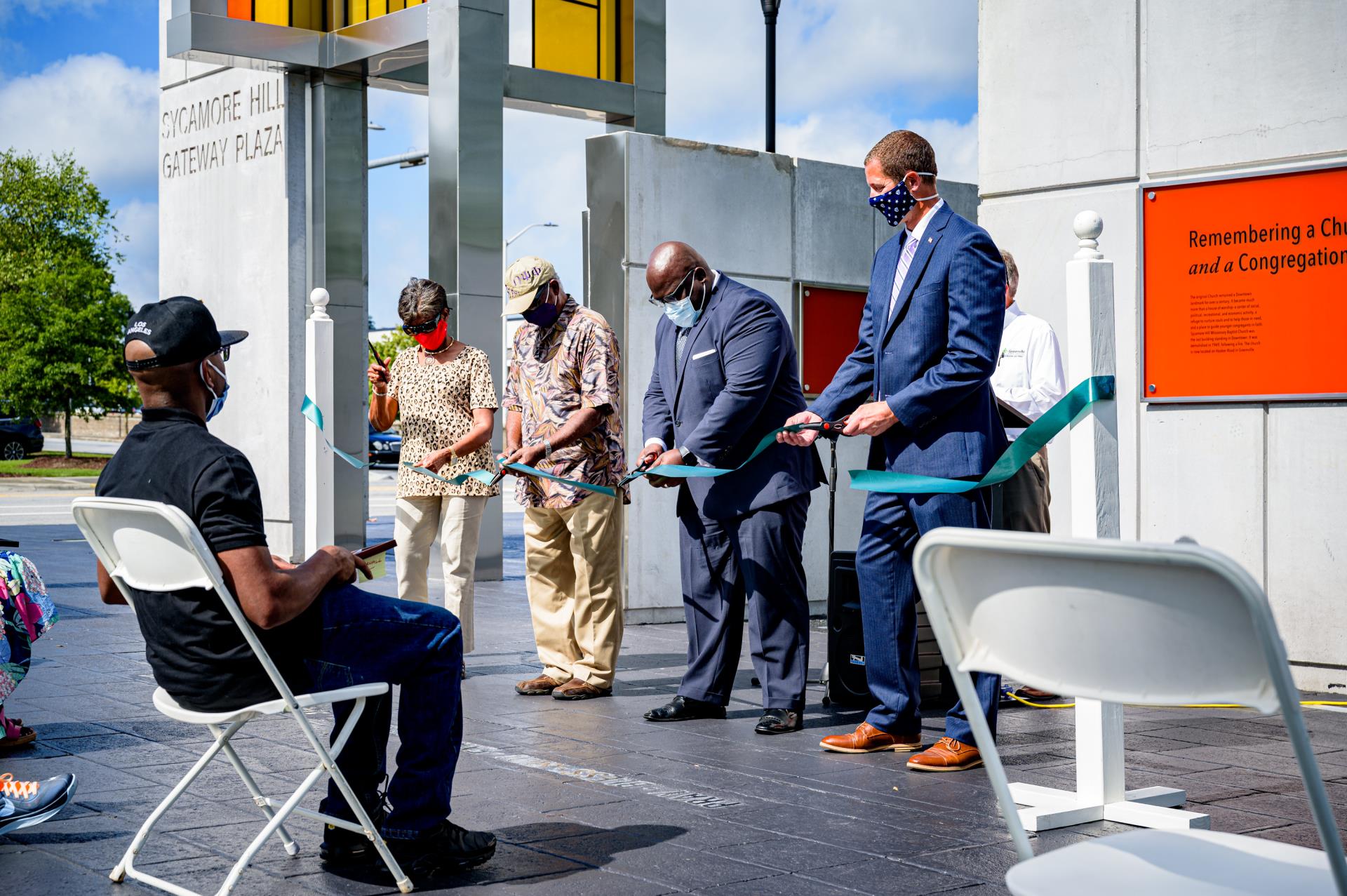 In addition to the walls that vary in height and tell the story of the neighborhood, the plaza also includes a tower in the former location of the Sycamore Hill Baptist Church's bell tower and a terraced viewing area that faces the Tar River. The tower and several of the walls include stained glass that matches that the church once featured.

Alton Harris, a member of Sycamore Hill Advisory Group, said he grew up in the neighborhood, which was demolished as part of an urban renewal project in the late 1950's and 1960's. The church remained until a fire destroyed it in 1969.

"I want everyone to go back and talk to your friends and neighbors and have them come out to enjoy this beautiful area and learn about the history of Sycamore Hill," Harris said.