The State has extended a modified Stay at Home Order until January 29, 2021. Information about the Order's impact to City programs and services is available here. For information from the Pitt County Health Department, click here.

GREENVILLE, N.C. — A group of local artists came together over the weekend to express themselves through their talents as they painted a "Unite Against Racism" mural on First Street near the Town Common park. 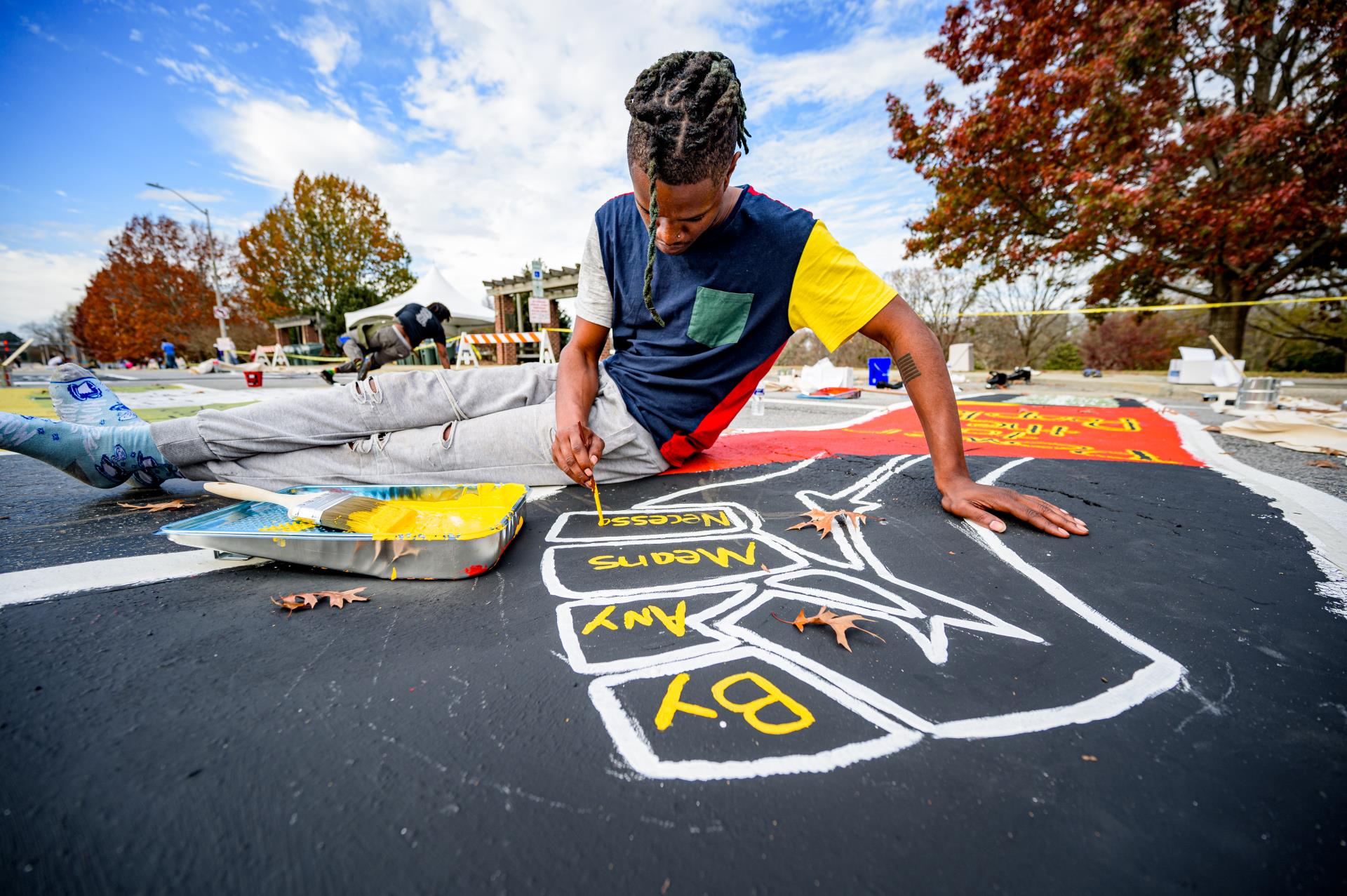 City Council approved the painting during its November 9 meeting, and the work was completed on December 13 after months of planning. The group of 24 artists was organized and assisted by J.H. Rose High School art instructor Randall Leach. The movement to paint the mural began in June, however, when Greenville resident Kevon Gainer proposed the idea to City officials.

"I wanted to start controversy and start a conversation about what has happened to the black community and how we have been affected by turmoil," Gainer said. 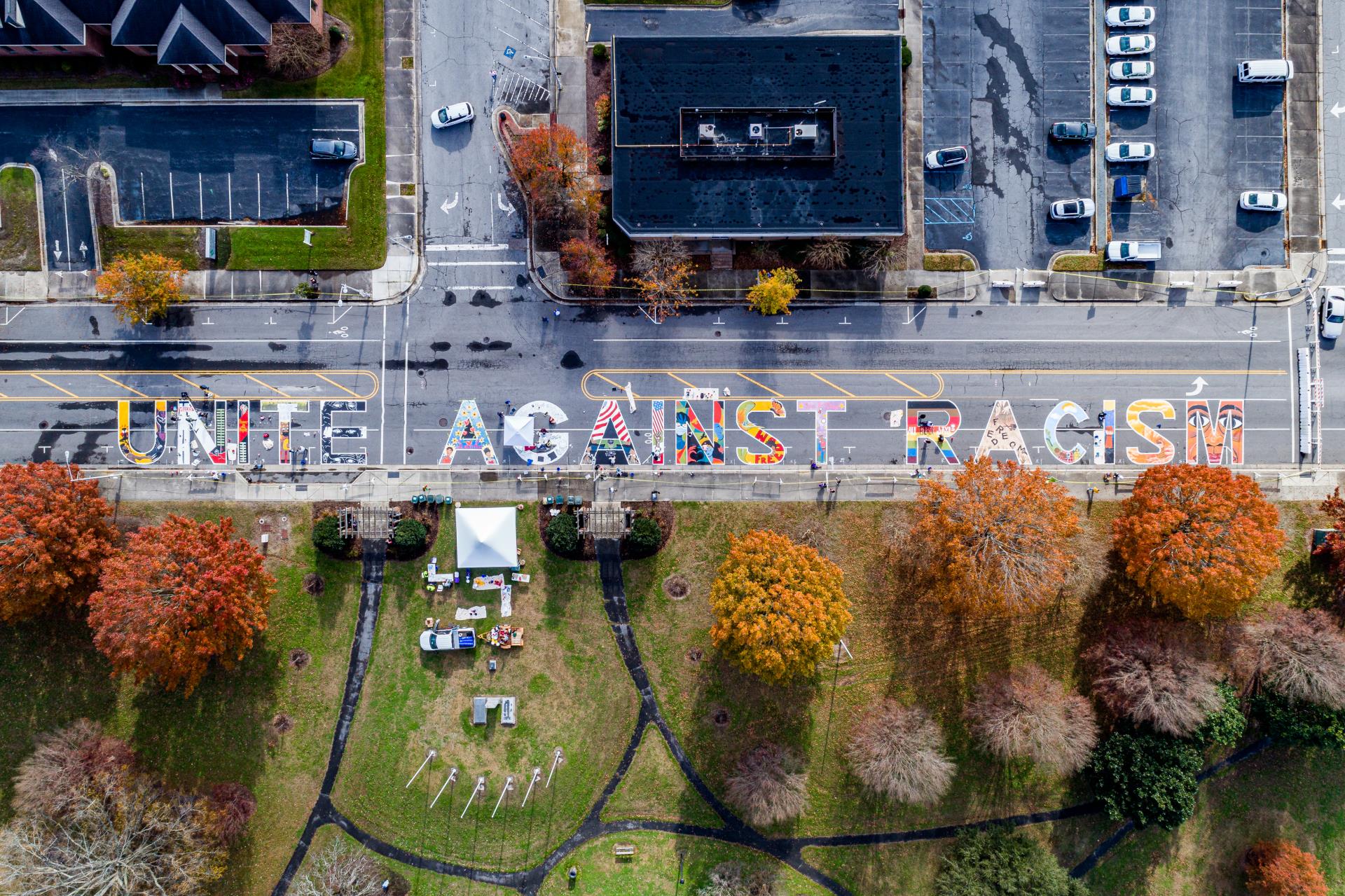 The artwork filling each letter on the street ranges from paying homage to African American history and local African American communities to calls for social justice and the recognition of the importance of black lives.

Greenville's City Council released the following statement regarding the painting: "After considering all recommendations for the public art to be located on First Street, the City Council ultimately determined that the phrase 'Unite Against Racism' was the most impactful choice for this public art project. The City Council appreciates the willingness of the artists to complete this project as proposed as it is important that we all speak out against racism. As City leaders, it is our duty to unify our community, and the selected wording is an effort to do that. We should all be able to agree that we should unite against racism and come together to move our community forward."